Open rhinoplasty is a more modern technique than closed rhinoplasty. An open rhinoplasty is often performed on patients who need significant modification of the tip cartilages (see the various cosmetic and medical modifications possible here). Many surgeons prefer the open rhinoplasty approach during nose surgery because they can gain a better view and better access to the inside of the nose, providing better results. The incision on the columella heals very well and is virtually imperceptible, usually measuring between 2-3 mm. However, the swelling will be greater and the recovery time longer than closed rhinoplasty. 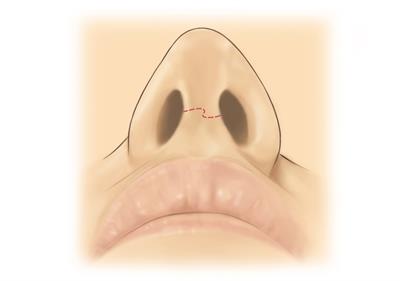 Rhinoplasty is performed under anaesthesia. In open rhinoplasty incisions are made inside the nostril and below the nose. The incision on the base of the nose allows the doctor to pull the skin back. Doing so provides a clearer view and reveals the underlying nasal structures which need to be altered and therefore improves the degree of precision and success in reshaping them. Changes are then made to cartilage and bone, depending on your desired goals. The skin is then draped back in place once the desired shape has been created. Stitches are then used to close the incisions, and a splint applied to the outside of your nose.

Step 1 – Anesthesia
Medications are administered for your comfort during the surgical procedure. The choices include intravenous sedation or general anesthesia. Your doctor will recommend the best choice for you.

Step 2 – The incision
Rhinoplasty is performed with an incision across the columella, the narrow strip of tissue that separates the nostrils. Through the incision, the skin that covers the nasal bones and cartilages is gently raised, allowing access to reshape the structure of the nose.

Step 3 – Reshaping the nose structure
An overly large nose may be reduced by removing bone or cartilage. Sometimes surgery of the nose may require the addition of cartilage grafts. Most commonly, cartilage from the septum, the partition in the middle of the nose, is used for this purpose. Occasionally cartilage from the ear or rarely a section of rib cartilage can be used. Additional incisions may be placed in the natural creases of the nostrils to alter their size.

Nasal reshaping and resizing: A variety of procedures can be performed to obtain desired shape and size of the nose. Some of the most common aesthetic concerns are a dorsal hump, a wide tip, or a crooked nose. Dorsal hump reduction involves removing both bone and cartilage from the roof of the nose to create a more aesthetically pleasing profile. Tip reduction can involve removal of cartilage in the nasal tip and use of sutures to reduce the size of the nasal tip cartilage. Straightening a crooked nose may involve any of a variety of techniques, including osteotomy (breaking the nasal bones) to create more symmetry on frontal view.

Step 4 – Correcting a deviated septum
If the septum is deviated, it can be straightened and the projections inside the nose reduced to improve breathing.

Correction of nasal obstruction: In functional rhinoplasty, there are 3 primary components of the nose that are evaluated for repair: the nasal septum, the inferior turbinates, and the valves. If there is deviation of the septum (a structure that divides the 2 sides of the nose internally), this is repaired by removing or reshaping the deviated component. The inferior turbinates, when enlarged, can obstruct the airway and thus may require surgical reduction. The nasal valves refer to the narrowest point in the entrance to the nasal cavity and can be augmented in a variety of ways to increase the size of the opening and prevent collapse during inhalation.

Step 5 – Closing the incision
Once the underlying structure of the nose is sculpted to the desired shape, and the surgeon is satisfied with the appearance of the nose, nasal skin and tissue is redraped and incisions are closed. Splints are usually placed outside of the nose to maintain stability during the early healing process. In cases of septal surgery, intranasal splints are often used. 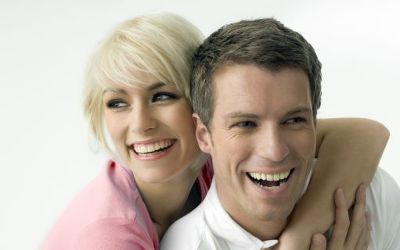 If you are unhappy with the appearance of your nose, or suffer from medical issues with your nose, we invite you to contact our nose surgery service today. You can find the answers to the most frequently asked questions here. Your doctors in Korea will provide a comprehensive medical history and Rhinoplasty analysis that will allow them to provide each patient with an accurate diagnosis so that a patient-specific treatment plan can be put into action. Contact us now.